The second season of ‘Ruby and the Well,’ an hourlong ‘emotional procedural,’ has wrapped. The whole team, from the crew to the cast to everyone in post and beyond have given the series their all, and it shows. And it looks like it’s building an enthusiastic fan base across the continent. Watch for the new season to air on BYUTV and Family Channel later this year. Plus this: https://www.facebook.com/Rubyandthewell read more 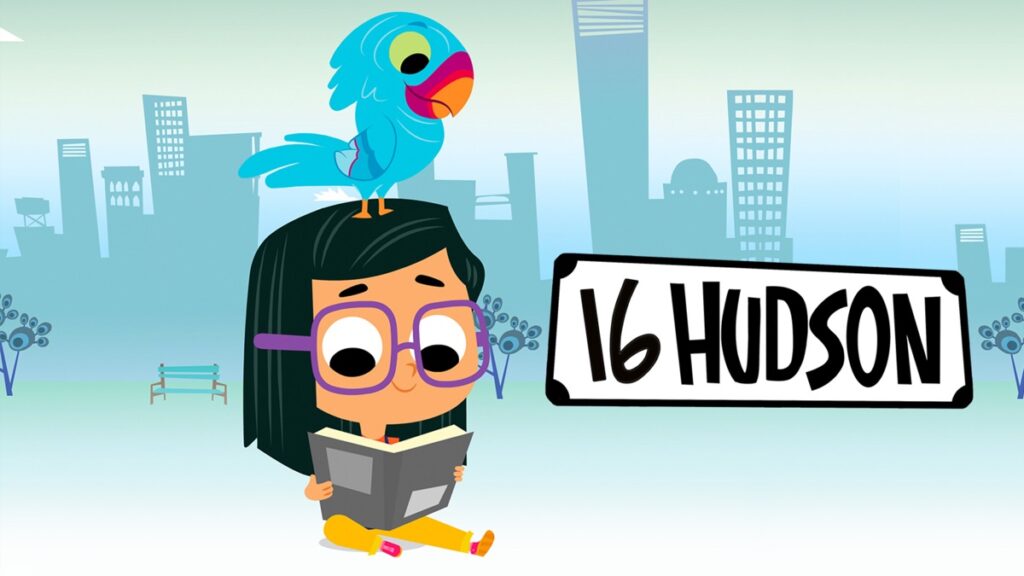 Like a lot of people, we’ve been spending our days lately adjusting our Zoom background for that perfect blend of casual indifference and refined sophistication. And by the time that’s done, it’s usually wine o’clock!

But we have managed to squeeze in a few other things. Big Bad Boo has kept us busy with a preschool series based in the Philippines called Isla Maganda, bringing executive function skills and positive social values to a unique corner of the world. And 16 Hudson, the award-winning series on TVO, has just launched its Season III writing room! Check out the first two seasons here: https://16hudson.com.

We’re also keeping busy with the Sesame Workshop Play to Learn Global Content initiative. The goal of the program is to create and share cool and funny cartoons that benefit children affected by displacement and crisis, wherever they may be. Plus, watch for Mighty Express, recently launched on Netflix. We were pleased to have our hand in the development of this colourful and lively new preschool series.

We’re also writing a movie and developing a new series thanks to the CMF Early Development stream. They involve terror birds, fuzzy creatures, one explosion, and jokes. Can you say ‘comfort zone’?

The second BIPOC Film & TV Kids TV Writing Bootcamp just completed this summer. It had over 50 participants, and several are already working in the field. For actual money! We were thrilled to be a part of it.

We’re also gearing up for an hour-long comedy-drama series set to shoot in the spring. It’s a family drama, so we’ll have to find that delicate balance between physical distancing and all the hugging.