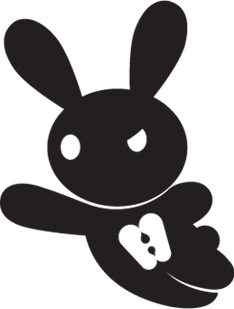 We’re now on a first name basis with the Cookie Monster.

Yep, we’re tight with ‘Cookie’ these days (as we insiders call him) – and also Elmo and Grover, plus the new cast of a brand new Sesame Street series called ‘Ahlan Simsim’. That means “Welcome Sesame” in Arabic, and it’s one piece of a groundbreaking program designed for children and caregivers affected by the Syrian conflict. As the Sesame people put it:

This historic initiative — the largest early childhood intervention in the history of humanitarian response — will reach millions of children in the Syrian response region and Bangladesh with early education, nurturing care, and playful learning —with millions more reached through mass media. It’s an all-out push on a massive scale. Because an investment in these children is an investment in a more peaceful and stable world for everyone.

So what did we have to do with this? Jokes, mainly. Plus some bragging. But mostly jokes.

Actually, we were Consulting Producers on the project. along with the brilliant Diane Kredensor, creator and EP of The Ollie and Moon Show. Our jobs were to help steer the local creative team in bringing the social-emotional curriculum to life. It was a daunting responsibility – our audience is made up of kids who’ve been through some stuff, and the show provides tools to help deal with difficult feelings.

The show is in production now with Jordan Pioneers, and debuts later this fall. More on the initiative here:

It’s been a busy bunch of months!

The second season of ‘The Magic School Bus Rides Again’ is now streaming on Netflix. Watch them all and experience all kinds of science fun – and discover how the bus gets its magic! Plus, the series has just been nominated for ‘2019 Best Animated Program or Series’ in this years’ Canadian Screen Awards. Bus, do your stuff!

The $18m animated movie we co-wrote, “Troll: A Tale of a Tail” has been released in Europe and is now on the festival circuit.

We just finished writing the second seasons of both 16 Hudson (TVO) and Ollie and Moon (TVO and Netflix), and production is underway!

Plus, production has just begun on another cool new super secret series (stay tuned for details). And we’ve recently been enlisted to work on a project with a few beloved iconic characters we all grew up with, which has been thrilling! So, with some other exciting new things in development, 2019 promises as busy as ever!

Super Duper Deelia is an eleven-year-old dynamo – an opinionated, mismatched-socks-wearing, tomboy hero – who wants to change the world with her superpowers. But it’s actually Deelia’s power of thinking differently that saves the day.

Finally, an animated movie about those morons in comments sections who are all kissy-face with Donald Trump! Psyche! No, it’s Troll – the Tale of a Tail, a theatrical feature about the actual, real-life, genuine mythical folks that live deep in the Norwegian forests and, as it turns out, are as cute as all get out. We’re honoured to be part of this $15m project that explores the coming of age of a kid-turned-hero-troll named Trym – a bildungsroman for the diminutive, hairy set. With monsters.

Hit HTV show How to Be Indie just got a bunch of awards nominations! Which ones? Glad you asked ’cause now we get to puff our chests up with pride as we list them for ya.

300 zillion years in the future a group of strange creatures, each with their own talent for survival, band together not just to survive – but to really live! 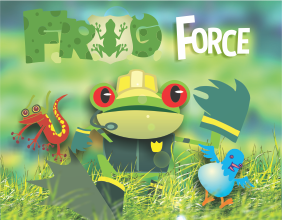 Sawyer, 7, with the help of a high-strung dog and a pondful of emergency responders, discovers answers to simple science head-scratchers.

Edjamacation for preschoolers and amphibians.